Native, hybrid or web? Which type of mobile application implementation is best?

In the era of ubiquitous mobility, the service of the company and tasks related to daily duties are being more and more often transferred to smartphones. Each owner of such a device has at least a few additional applications, thanks to which he can operate his bank account, e-mail, calendar and many other applications that are designed to support us in our daily work. Therefore, software producers faced the need to answer the question of how to adapt their tools to make them user-friendly for mobile devices, while maintaining the complexity of the solution and the enormity of functions that were previously available on a large computer screen.

EXAMPLE FROM OUR YARD

The VSoft Mobile Workforce team, whose task was to prepare a tool to solve the problems of reporting the outside work, was in exactly the same position, trying to limit piles of documents, manual filling out applications and reports, as well as to quickly settle mileage and results of completed tasks, also confirm and accept the results by our client.

The choice of the solution may not come as a surprise to some, but it is worth considering the topic more broadly, answering the question of whether and if so, why a native application is better than a hybrid application or an equivalent application adapted to be operated on a mobile device via a web browser.

There are three schools of approach to creating a mobile application. What are they characterized by?

It is a program written for a specific mobile platform that can naturally read the language used to write the program. For example, for Android it will be Java, and for iOS – Objective –C.

Therefore, since we are dealing with two programming languages, it has to be written twice, individually for each of the platforms, and thus, the time to implement the solution as well as the costs necessary to bear are twice as high. Of course, assuming that both applications will be written by two independent development teams, the time needed to implement them can be significantly shortened, but the costs still remain.

It is still an application written with the mobile environment in mind, installed on the device in the form of an application (most often downloaded from official stores), but dedicated to many platforms. It has a common part, used both in Android and iOS, and a part individually written for specific platforms. One of the most popular platforms is Xamarin, but there are also other solutions on the market, such as ReactNative. Thanks to the use of a platform supported by both systems, we significantly reduce the cost of implementation. It is also possible to create a solution by one development team.

SO WHICH METHOD IS THE BEST?

It is impossible to answer this question unequivocally, because each of them has different advantages, each also has disadvantages. Before starting the project, a needs analysis is worth doing to verify the strengths and weaknesses of each approach to create an application and answer the question to whom we are addressing our solution.

By far the most popular and best solution is to prepare a native application. It is very often the only way to achieve satisfactory results in performance tests.

The Mobile Workforce application has been made hybrid. The lack of complicated controls that perform a lot of calculations means that despite the use of such an approach, the application is responsive and efficient, which is the most common problem that makes developers choose a native solution. The application development process was therefore reduced to preparing applications for devices running on the Android platform, and then porting with the use of Xamarin for iOS. Thanks to this approach, it was possible to significantly reduce the time of delivering the application to the platform provided by Apple, while maintaining a consistent appearance of the application on both platforms, as well as achieving satisfactory performance.

So why didn’t we decide on a responsive WEB application?

Despite the short implementation time and minimal financial outlays, such solutions are very limited in the use of device components, such as the camera and GPS module. Another problem is running the application without internet access, which makes it impossible to prepare a visit report and send it when the connection is resumed. WEB applications also run noticeably more slowly, and different browsers may display individual website elements differently. 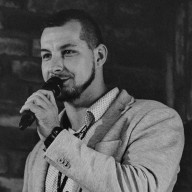 Dawid is a gadget enthusiast, passionate about new technologies and motorization, and an unfulfilled athlete. On the weekends he travels tens of kilometres in the Tatra Mountains, which allows him to reboot his mind after a hard week. At VSoft, he is a PM and a Product Owner of VSoft Mobile Workforce. Choosing a debt collection system – a universal product or a tailor-made one? How to tame stress in the work of a debt collector

Native, hybrid or web? Which type of mobile application implementation is best? An efficient field team – can I improve something as a Manager?