Minimum Viable Product and the “traditional” approach to product construction

What exactly is an MVP? The concept of MVP (Minimum Viable Product) is a key element of the Lean Startup method, popularized by Eric Ries – an American entrepreneur, blogger and author of the book “The Lean Startup”. We can translate MVP as a Minimally Satisfactory Product, i.e. a working product that is marketed with a minimum amount of functionality. It is minimally ready, i.e. not yet the final version, but already with the most important features and functions that will allow you to attract the interest of the first customers and receive feedback from them – an initial evaluation of functionality and indication of directions for further development. In other words, MVP is the most rewarding product, created using the least resources: money, time and effort, and at the same time – of the right quality. Minimally ready does not mean that it may have errors or defects, because it will certainly not receive a positive response from customers.

MVP and the traditional approach

MVP is to the opposite of the traditional approach to building a product, which is often preceded by a long period of the preparatory phase, including primarily the specification of the functionality and features of the final solution. Design works are usually carried out by a group of specialists in a given field, who sometimes use market analysis or surveys, e.g. surveys conducted among potential clients. In this approach, the company tries to guess the customer’s expectations, while the real verification by users takes place only after the final product is introduced to the market, which sometimes takes a long time. What can we expect then? There may be at least several scenarios. The most optimistic one is that we have managed to meet the tastes of customers, we attract users, and the product is ideally suited to their needs. But… we don’t always have such a happy end to many months or even years of work. We can also expect a situation where some functionalities will turn out to be unnecessary – customers will not use them (so we have unnecessarily lost time and resources to create them) or the users will be missing some elements, not all their needs will be satisfied (so the product needs to be expanded). But we will acquire this knowledge quite late. In an extreme case, there may be a complete lack of interest in our product, so that we have to close the business and count losses, which, of course, I do not wish for anyone…

You can choose? – choose MVP

We live in such times that we don’t like to wait long for something. Anyway, as the saying goes – “the market abhors a vacuum”, which should be remembered by all those who have a vision of creating something innovative and would like to introduce their idea to the market. Therefore, we often offer our clients an approach based on the MVP concept, which we also use when building our proprietary solutions. This concept goes hand in hand with iterative and incremental product release, which is the basis of SCRUM – the framework we use when creating software.

Instead of spending several months and a sack of money to create an application that may catch on the market and gain users, or perhaps not, instead of doing everything that the Investor only thinks that the final product should have, we suggest creating a Minimum Viable Product first. It will probably be faster and cheaper, and the idea will be tested by users who will answer whether they received what they need or the product needs a little more work, because it does not contain such functionalities which they would be interested in. If the application is already implemented and being used by customers, the Investor gets some benefits: material ones (of course, it depends on the distribution model) and such that the product already exists on the market. And the direction in which the final application will be developed depends on the feedback received from users. 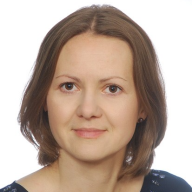